↑
Home∕Music∕What You Need to Know About Guitar Amplifiers

What You Need to Know About Guitar Amplifiers

Now, before we look at the different types, makes and models of guitar amps, let me ask you something.

Have you considered insuring your guitars, amplifiers or any other musical instruments for you or your band?

If you have then you’re in luck as Insure4music has just what you need!

They provide high-quality musical instrument insurance for any damage or theft of your instruments and equipment, such as a new guitar and amp that you may be looking to buy after reading this. 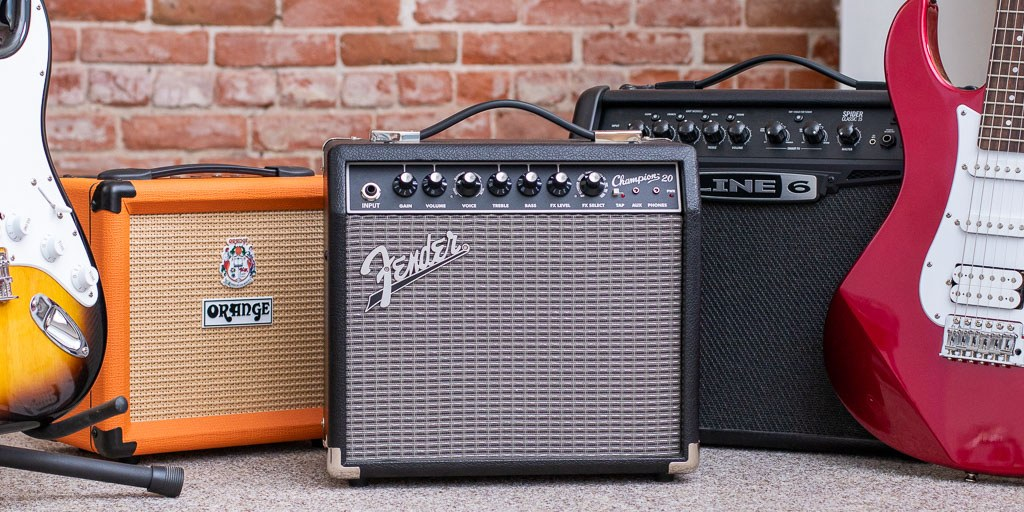 So, What Exactly Are Guitar Amps and What Are They For?

To give a brief summary, a guitar amplifier (also referred to as just an amp) is

“an electronic device or system that strengthens the weak electrical signal from a pickup on an electric guitar, bass guitar, or acoustic guitar so that it can produce sound through one or more loudspeakers, which are typically housed in a wooden cabinet. “ – Source, Wikipedia

some different types of amps.

The Four Main Types Of Guitar Amplifiers And Their Differences

These amplifiers are called solid-state because they use a semiconductor device (a transistor) for their pre-amplification and power sections.

They are known for being reliable and rarely needing to be repaired. They often create a nice clean tone however many come equipped with distortion settings as well.

These amps are a great choice for guitar players who’re looking for a sturdy, reliable amp which can stand the test of touring or live performances.

Most lower end “practice use” amps are also solid state.

Tube amps are preferred by a lot of guitarists for their “fat”, warm tone and organic type of distortion. These amplifiers will usually sound louder than solid-state amps of a similar wattage and have a distinct feel and style of sound that solid-state amps simply can’t produce.

Many tube amplifiers have separated channels so that the player can switch from cleaner to more distorted tones easily and instantly.

The performance quality of the tubes can decay and decrease over time.

This means the tubes will need replacing every once in a while.

Despite this, tube amps are a favorite of many guitarists.

Modeling amplifiers use digital processing to recreate the sound of the previously mentioned analog, tube-based technology. By using modern software that “models” after the sound of tube amplifiers, these amps can produce a digital version of a variety of older amps in one package. These modeling amps are customizable and often feature effects such as delay, flanger, chorus and so on.

By combining the best features of different types of amps into one, these amplifiers operate by using a real tube along with the solid-state power system. There are a lot of hybrid amplifiers on the market that features a tube in the preamp section and solid-state circuits in the power section to produce a tube sounding tone without needing the use of the tubes power system.