Carbon Fiber Guitars Give Birth to a New Breed of Craftsmen

No one knows for sure when the first modern guitar emerged. Depending on whose history you believe, the guitar’s roots can be traced back to chordophone instruments developed as early as 3,300 years ago. Regardless of exact dates though, it has always taken a skilled craftsman to build a quality guitar.

Modern guitars have entered a new era with the introduction of carbon fiber. Not only are the instruments themselves different, but so are the craftsmen who make them. Carbon fiber has given birth to a whole new breed of craftsmen who have to know as much about composite materials as their instruments. 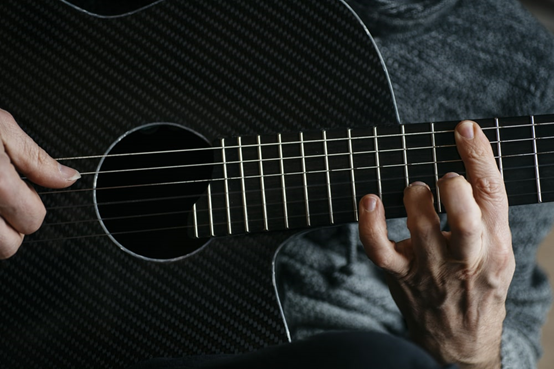 The guitar builder has to know what he is making and the sound he wants to achieve before he begins designing a new instrument. By way of illustration, consider the arch-top electric. An arch-top is an acoustic-electric instrument that can be played with or without amplification. It takes its name from the arched shape of the body.

Arch-tops produce a rather unique sound. Amplified, they create the unmistakable sound rockabilly is known for. Creating that sound requires understanding acoustics in relation to the materials being used. This is where craftsmen need to fully understand carbon fiber.

A Different Kind of Material

Craftsman who have only worked with wood are likely to find carbon fiber a bit more difficult early on. Carbon fiber reacts differently during the fabricating process. And in a finished guitar, carbon fiber is not affected by temperature and moisture. Its sound is not going to change from one gig to the next, based on different environmental conditions.

Another thing that guitar makers have to account for is an entirely different building process. When you’re working with wood, you are essentially cutting out pieces and assembling them. Working with carbon fiber is more complicated and requires more effort.

According to Rock West Composites in Salt Lake City, Utah, a carbon fiber guitar would normally be fabricated with a manual layup process. The guitar maker would start with a tool, or mold, on which multiple layers of carbon fiber fabric is laid. The fabric would be saturated with an epoxy resin as well.

The guitar maker has to be rather skilled to make customized tools for individual guitars. Then he has to know how to properly layup the material so that the epoxy resin is evenly distributed throughout the entire mass.

A finished body part is one solid piece after the carbon fiber/resin mixture is cured. Individual pieces are then trimmed, finished, and assembled before hardware is added. As you might expect, the assembly process requires quite a bit of skill as well.